Mr D B Green sent his apologies for unavoidable absence

The minutes of the last Annual General Meeting were read and confirmed, there were not matters arising for discussion.

Correspondence was read from Zelimir K Tortkovcic Saphan of the Netherlands enclosing US $ 1.00 & asking to become a member from Mrs Nancy Bagdell newly appointed Honorary Director of Gardens at Harlow Carr NHS Gardens who wished to purchase a collection of Old English florists to try out at Harlow Car & From Misses Marie Hartley & Joan Ingillby who were writing a book about the West Riding & wanted information about our Society

These & other letters received since our last meeting had been dealt with by the Secretary & this was approved.

A circular was received from the Worshipful Company of Gardeners show award scheme offering permitted certificate of merit to award our winning Show exhibitors in exchange for a subscription to their Society. It was agreed not to take advantage of the offer

As copies of these had already been circulated

Also to be elected subject to their approval

As stated in a previous minute, Vice President are elected from those who have given yeoman service to the society & from those who support us financially

Life Vice Presidents This was agreed.

Other officers re-elected were

It was agreed that honorarium for Secretary & Treasurer be unchanged at £6.00 & £2.00 repectively

The question of Judges to be discussed at the next ordinary meeting to be held in one months time at a later time of 7.45pm

A raffle for chocolates realised 75p

The meeting closed at 8.30pm 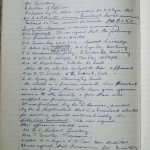 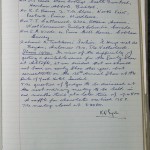 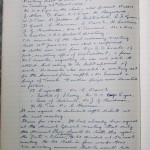 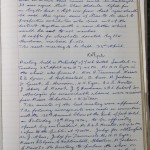