The quality of the blooms was first class, but with the bad weather the week before the show, entries were down on last year.

My. J. Akers of Altofts won three of the trophies — Local Silver Challenge Cup, Silver Challenge Cup and the G.S. Hunter Memorial Cup and gained the award for the premier feathered bloom (Wakefield). Mr. A.L.R. Hunter of Horbury won the Perkin Trophy and the Silver Plate. Mr. K.N. Kyre of Middlestown won the Needham Memorial Cup and the Albert Tear Memorial Cup for the best bloom in the show (Dr. Hardy — flamed) and also the Perkins Prize. Mr. H.V. Calvert of Lupset won the Stages Cup.

Mr. A. Hayward won the Brook Silver Challenge Cup and the award for the premier bloom (Columbine — flamed) in the Novice Classes. Mr. J.C. Hardman won the premier breeder bloom (Goldfinder) in the Open Classes.

The Show proved to be very successful and was officially opened by The Marquess of Hartington, one of our Vice-Presidents.

The judges were J.G. Hardman, N.H. Eyre and H.V. Calvert. Assisted by C. Harrison and B. Carr. 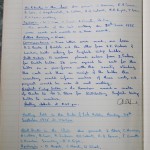 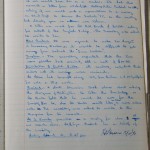