The minutes of the last meeting were approved.

Arising from the minutes Mr Frost brought estimates for re-printing Barr & Sons booklet from Siddalls of Cleckheaton quoting £37 for 500 copies & £48 for 1000. Samples of paper & printing were examined & it was agreed to order 1000 copies the secretary to edit & confirm with the printers about the final format.

Mr Hunter suggested that most of the cost could be offset by adverts on the inside covers, eight 2" adverts at £5 each for example would bring in £40. His firm Victoria Garage Middlestown would be willing to subscribe he undertook to get further subscribers

The secretary was asked to write to Garden News to see if they were willing to take an advert & also let them know the show dates for their representative Jack Wood.

The show to be held 12th May at the usual time entries form1.0 to 3.0pm. It was agreed to ask Jack Burton to judge the Darwin classes at this show

21st May to enable our Annual Show to take place there on Saturday 19th May. He would let

In the meantime Mrs Townsend had got permission to hold the show at the Woolpacks at Horbury if the Duke of York was not available.

& a letter was read from the caretaker quoting £10. It was agreed that the secretary should reply that we had now managed to get suitable accomodation

The following prizes were donated for this year’s raffle s.

Three judges were selected for the Annual

H V Calvert & J G Hardman who could use the card system as last year.

As we were unable to get schedules printed at such short notice it was agreed that a newsletter be sent out to all members giving reasons for the delay etc & stating that the show schedule would be the same as last year.

The next meeting was arranged for 1st May 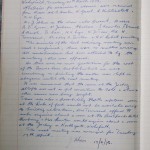 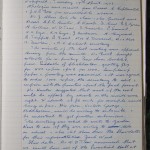 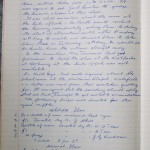 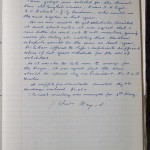 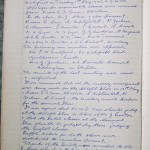 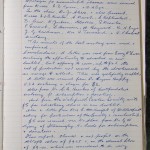