All Correspondence since the last meeting had been attended to by the Secretary & this was approved.

The secretary presented the Annual Report & Financial Statement showing a net profit on the years working of £2.65 & a balance in the bank of £86.55

The report had been circulated to all members & was approved

Election of Officers for coming year

It was agreed that Vic President be re-elected en bloc

Owing to changes in President & Treasurer the secretary was asked to obtain the necessary form from the Yorkshire Bank (Wakefield Branch) for amending the signature required to draw money from the Bank, the existing ruling being confirmed that these be the signatures of any two of President, Secretary & Treasurer

As the RHS affiliation fee had been increased to £5 it was proposed by Mr WD Tear & seconded by Mr C Marsh that we should transfer our affiliation to the Northern Horticultural Society whose fee was £3 This resolution was carried and it was felt that these should stay as at present.

Members felt it was desirable to have names of tulips exhibited displayed with them & the secretary was instructed to have cards printed for old English tulips & have black cards available for other varieties.

New Members It was agreed to accept Mr R Frost 8 Commercial Buildings Oakenshaw Bradford as a new member.( Mr Frost is the Treasurer of the Northern Branch of the Viola and Pansy Society) Mr Trippitt being Secretary) 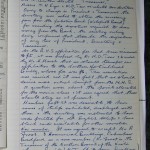 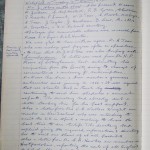 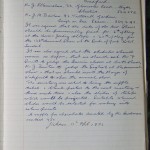