The minutes of last Meeting were read

One item was a letter from Sir A D Hall our President expressing his regret at being unable to be present at our show owing war conditions, he also stated that he had a book going through the press on the Tulip, this caused coment and resulted in a pro by C Baxendale seconded by C Hamshire(That Secratery write sir

A D Hall, for further information about this book)

A further item of correspondence was from

Society of London, who expressed his sorrow at being unable to forward some bloom for exibition as his flowers were about over, he also stated that owing to old age 75 years he could not manage to plant the quantity of bulbs as in previus years, and stated that he would like to send some, if we could arrive at some idier as to growing them

The secratery replyed that the society would be pleased to accept any bulbs he wished tosend with a view to helping new growers and surgested that they be grown by the society, and a selection given from them each year as prizes in the Novices Classes

Mr Chater expressed delight at the idear and immediately sent in, about 100 bulbs the committee also expressed satisfaction at the arrangment.

Mr N Eyre of Horbury was ellected as the

A statement of affairs was then read by the secratery, showing a balance in hand of roughly £21 after all prize money and accounts had been paid

This concluded the business at 1-30 PM 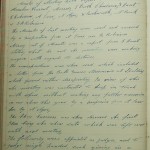 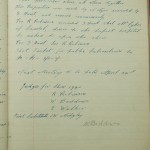 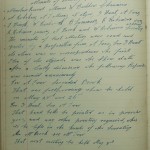 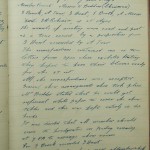 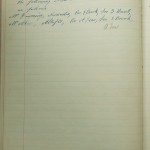 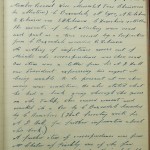 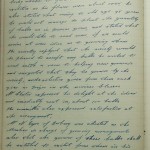 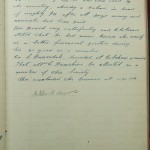 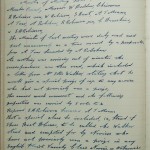 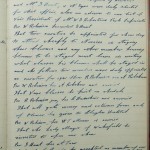 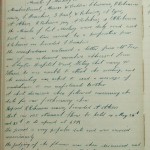 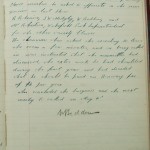