Before the meeting commenced it was announced that Mr F.B. Cottran, landlord at the Jockey Hotel had died & it was agreed that a floral spray,

(cost about 15/-) should be sent to his widow & family with the Tulip Societys condolences.

The minutes of the last meeting were read & confirmed.

It was agreed that the transaction should be completed & the President stated that the policy would be ready for the next meeting.

Correspondence was read from Mr F. Smith of

Altofts, accepting our invitation to judge the Dutch Classes at our forthcoming shows

& from the Secretary St John’s Terrace WM Club confirming that we could have their room for our annual show.

After some discussion, it was proposed by Mr Hunter & seconded Mr R. Hunt the Mr E. H

Robinson be asked to judge the English classes, Mr R Hunt to see him.

Show dates. Proposed Mr Akers seconded Mr Tear that the shows be held on the 18th of May at

Horbury & the 25th May at Normanton.

The secretary was instructed to send the show dates to

It was agreed that raffle tickets should be sold only at the show at Horbury & to raffle only one prize at a time.

It was agreed to get the prizes for the annual show at the Club on show day.

Mr R Hunt complained that his bulbs from

Parkers had come up rather badly & it was agreed that he should give the Secretary full particulars at the next meeting with a view to sending a complaint to Parkers.

A raffle for prizes donated by the President

The next meeting to be held on Monday 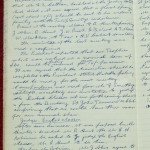 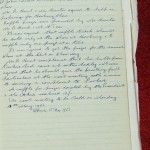 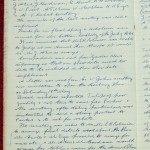 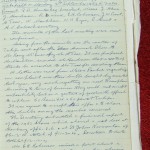 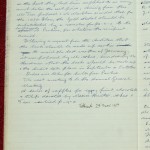