Mimutes of previous meeting on 25th March 1991 were read and signed as correct.

Other than the exhibitors and their wives virtually no-one came, which was very disappointing, but we cannot force people to come. The chairman said the Hall was at a good price and seemed very convenient, more had showed than the first year, and he thought we should go ahead for a third year. Mr. W. Tear said we needed some new ideas for the schedule to take account of the kinds of tulips available now, perhaps similar to the RHS. Mr Akers made the point that people should take their prize money. When we set up the show we offered high prize money to attract exhibitors.

This was left for discussion at a further meeting.

We needed to let members know of any change to the Dutch schedule early enough so that they could order bulbs to fit the classes.

Very well attended — not surprising because all the publicity both television and press. There were 5 entries in the 6 class which was very encouraging. Mr. W. Tear expressed disappointment with the quality of blooms shown from class 22 onwards. It was pointed out that these classes were started for those who felt they had no chance in the classes against people like Keith and James and Jane. We will keep these under review, counterproductive if they are keeping standards down. An exhibitor can show in these as long as he wishes. Do we need to think about some adjustment to the schedule to prevent this. They are useful classes as a transition from novice to experienced member.

The date for next years Dutch show was fixed as 8th May 1992.

Letters were read from Keith and Valerie Eyre, thanking the society for their surprise presentation from the BBC West to Keith Eyre informing him that the bulb had flowered well and would be shown n the series Victoria Flower Garden in the Autumn.

From the Administrator at Dudmaston Hall welcoming the society’s visit.

Correspondence had begun to be a very large item. We had replies to 444 letters so far and had received 67 applications for membership in return — income from these being £230

He would ideally to give each new member 2 or 3 bulbs.

Timothy Clark has promised to send his surplus. He started with around 50 bulbs and has over a thousand now. Most of new members just want to grow them in their garden. Many have picked up our request in the information sheet and promised to return their surplus eventually, a few will show their flowers.

The Victorian Flower Garden will no doubt stimulate further interest. It will take some organising to part and send bulbs on a large scale. There are a number of longstanding members who take bulbs every year and never show them or give any back. We need to make a general request that all who have spare bulbs will donate them.

Mr. W. Tear said he would try growing some breeders. Mr Akers stated that Keith Eyre has been most successful at keeping them unbroken. The Hortus Bulborm has all the breeders.

The huge influx of new members all wanted to help to grow the English Florist tulips. We are at a crossroads with the society.

We can write to the RHS to ask for space to put up an exhibit at the Tulip Show in May. Through the winter we can prepare a display. Mr Tear offered to build something for this.

We would produce prints or postcards for members to purchase

There is the final Garden Festival at Ebbw Vale in mid May 1992. We could produce a stand and flowers.

The committee approved the sum of £50 to be spent to

Prepare some publicity for the stand.

A short discussion on the two Mabels

A meeting would be held for bulb orders from Parkers and re drawing the schedule for the Dutch Show.

The meeting closed at 10 minutes past 10. 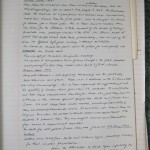 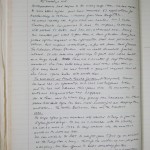 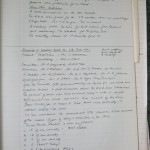